October 29, 1875 was a momentous day for the Helensville district, as the railway finally came to the Kaipara.

Prior to this time goods and passengers either had to brave the somewhat arduous coastal trip from Onehunga into the Harbour across the temperamental Kaipara Bar, then up the winding Kaipara River, or come up the Waitemata Harbour from Auckland to Riverhead, then travel overland through bush country on rough tracks to Helensville.

The Kaipara Line had been long fought for. Setting up the railway link from Auckland to Helensville was dependent on the goodwill of Maori and European landowners between Pitoitoi (Riverhead) and Te Awaroa (Helensville) as Auckland Provincial Council policy of the time was that land had to be given without compensation.

The need for a rail link was being investigated from the 1860s and after the Kaipara Railway Act of 1871, negotiations began in earnest. It was four years later that the line was opened. On the day the train of eight carriages, two wagons, and two engines (“Snapper” and “Kaihu”), took one hour forty minutes to reach the Helensville (South) Terminus – railway station and wharf.

The Riverhead line was never entirely successful, and pressure mounted for a direct line from Auckland. A route through Glen Eden, Waitakere and Kumeu (where the link was made with the Riverhead line) was chosen. The building of the Waitakere tunnel was a big project. The through-line was opened in July 1881.

The line was extended to Helensville North two years later, 1883, after the building of a bridge over the Awaroa Stream. In 1866 railway construction north of Helensville began and extended about ten miles – through Kaukapakapa – to the Makarau tunnel, which was very difficult, and was the end of the line for many years. Construction continued slowly; in 1906 it was open to Kaipara Flats, 1909 to Wellsford, 1915 to Maungaturoto and 1922 to Whangarei. 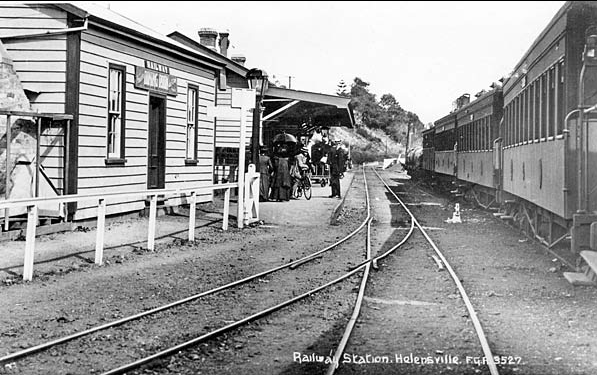 Re-alignment of the lines and changes in the Railway buildings happened at the Helensville North Station in the mid-1920s, and a Railway Refreshment Room took over from private enterprise in 1927. This was the first “cuppa” stop on the line.

Helensville North Station was adjacent to the “steamer” wharf and was an important terminus for travellers to the north and north-west (Whangarei, Dargaville) as the link for the train and harbour steamers right through until the 1940s. The opening of the Brynderwyn Highway and the completion of the Waiotira-Dargaville rail link (1942) made the service uneconomic, and the last steamer ran on 27 August 1942. During World War 2 trains moved soldiers around the various northern Auckland camps and to the troopships.

The Auckland-North Auckland express trains (and in latter years railcars) continued a passenger service until 1967. Passenger traffic on the line ceased in the 1970s but freight trains continued.

Interested residents of the area, led by Councillor Arnold Gosling, formed the Rodney Community Tourist & Development Trust Ltd in the 1980s which took over the remaining station buildings and has continued after Mr Gosling’s death, to promote the interests of rail in Helensville. 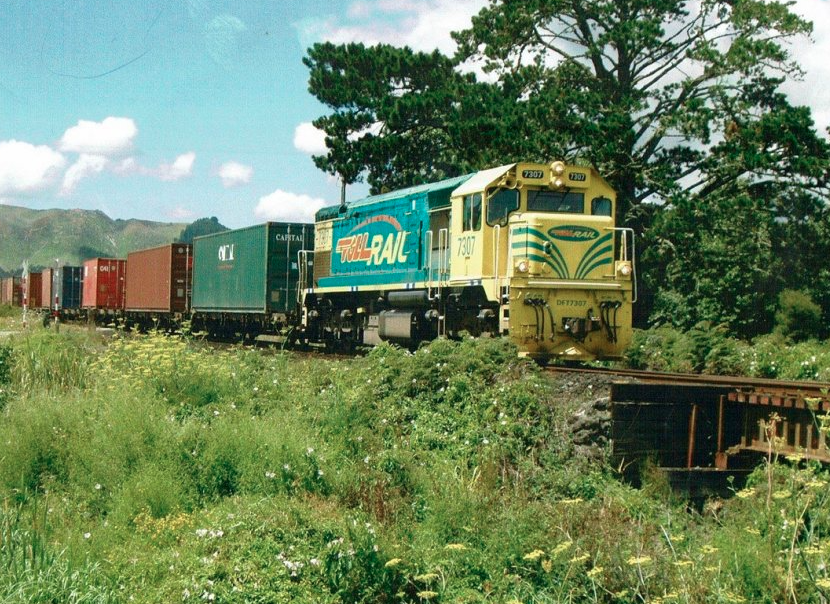 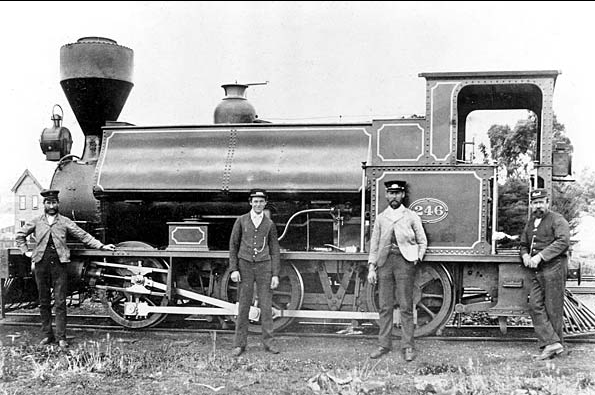 The F class was a tank locomotive with a wheel arrangement of 0-6-0. They operated essentially everywhere on New Zealand's railway network doing a variety of jobs. F class locomotives could haul light passenger trains at speeds up to 70 km/h (43 mph) or pull up to 800 tonnes of freight on flat trackage. Originally the design was meant for use on the Southland Railways, and three prototypes were built by Neilsons of Glasgow in 1872; among these was what would become F 13, now preserved at the Ferrymead Railway in Christchurch.

The engines were originally given names from the works of Sir Walter Scott by order of a Government official. Originally some had New Zealand names; for example, F 36 (later F 13) was originally named Clutha, and later renamed Edie Ochiltree. Some were at times classified as the O class as these had Cartazzi axles, but by the nationwide renumbering of 1890 all were classified F. By this time none of the engines carried names anymore.